The following article is from our latest FIG in Focus newsletter.

In detailed guidelines designed to set out bail-in requirements for Eurozone banks, the Single Resolution Body (SRB) has recommended that large international banking groups adopt a so-called “Single point of entry” resolution strategy, similar to guidelines already in existence for UK banks since 2018.

A single point of entry resolution strategy typically relies upon the issue of resolution eligible liabilities at the group level, with the proceeds being on-lent to operating subsidiaries (opcos). The resulting inter-company liabilities are typically subordinated to the subsidiary’s external liabilities. 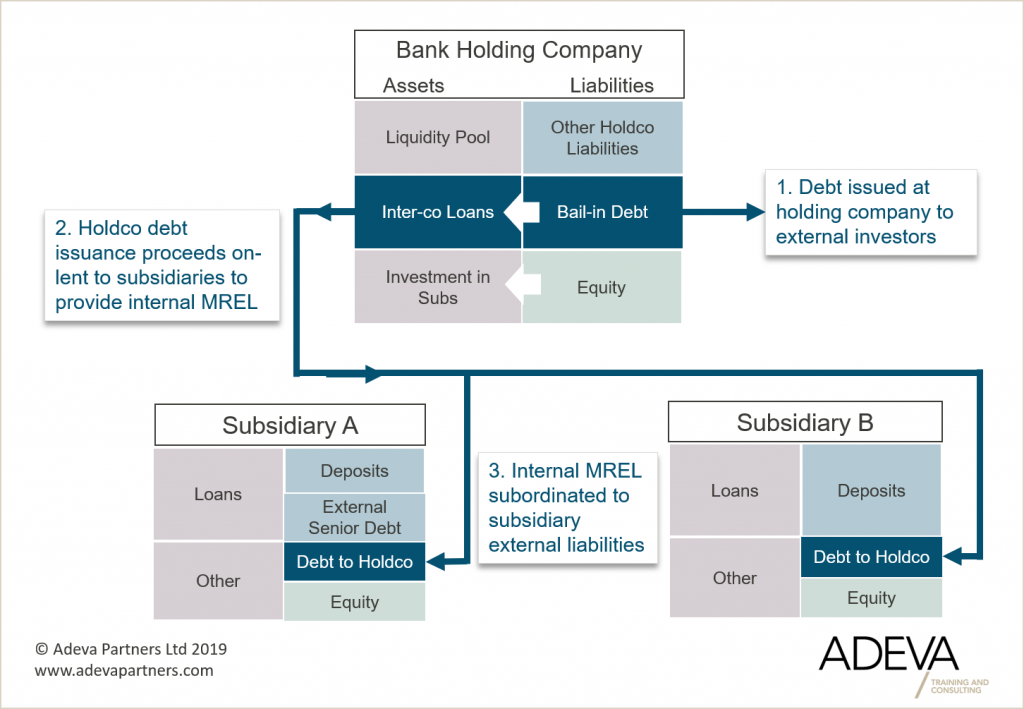 The main advantage of such an approach is that by ensuring that losses are imposed on holding company creditors, an opco resolution is in theory “cleaner” to resolve as there is a specific class (or classes) of creditor(s) to absorb losses. Other advantages include the efficiency afforded by the transferability of group MREL capacity between different opcos, and the likely higher stability of their external liabilities. Against this approach is the potential for a conflict of interests between group and opco solvency, particularly where the bank operates cross-border.

The SRB is also to set MREL targets for banks’ largest operating subsidiaries, having previously only set targets at group level. Similar to the existing UK rules, MREL will be based upon regulatory capital requirements plus a recapitalisation amount. However, the SRB methodology for the recapitalisation amount will be based upon a “market confidence amount” to differentiate between the systemic importance of firms and may be reduced by 20% where a resolution strategy credibly includes the disposal of assets and liabilities.  MREL requirements will ultimately rise to 18% + combined buffers for globally systemically important banks and 16% + combined buffers for other firms.  Most of this requirement must be met by subordinated instruments, including the structural subordination of internal MREL shown above.

According to Moodys Investors Services, the clarified requirements are expected to result in around half of Eurozone banks issuing MREL eligible liabilities before the phased in requirements become fully effective in 2023.